Still serving at the altar 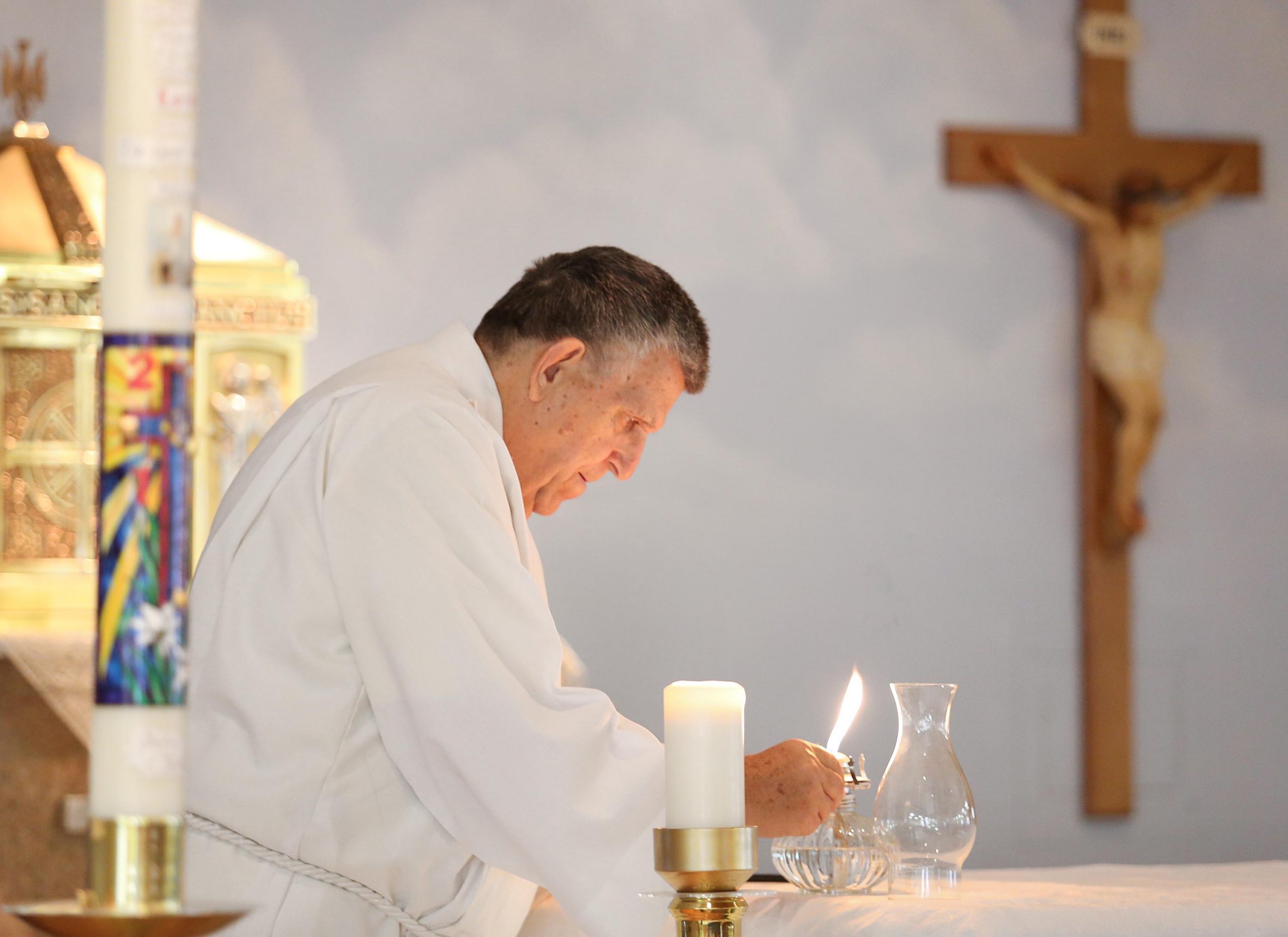 BUSHNELL | Growing up in a devout Catholic family, one of eight children, Jim Schmeda was called to serve God as an altar server when he was 9 years old.

“Jim’s unbreakable bond to Jesus and his dedication to his ‘calling’ of being an altar server for so many years impress me,” said Father Valdemar Maciag, pastor. “Jim keeps his duty very professional. When we line up for procession, he picks up the cross and kisses it before proudly lifting it. Walking toward the altar, he is a true servant of God. He is proud in the name of God.”

Schmeda’s ministry began at St. Vincent Parish in Chicago when Masses were celebrated in Latin and the priests faced away from the congregation. Schmeda said the sisters who trained him and the other altar boys expected perfection, not only in their knowledge of Latin, but also in their attire and service during Mass. It was a daunting challenge, especially for a third-grader, but it did not deter Schmeda from faithfully serving daily Mass.

“There was such reverence in serving,” Schmeda said. “I felt a sense of closeness to God when I was at the altar.”

High school studies and sports led him to participate less in daily Mass, but Schmeda returned to serving daily Mass after hearing DePaul University basketball coach Ray Meyer speak at his parish about the importance of beginning every day with Mass. He carried Meyer’s message to the other side of the world when drafted by the U.S. Army to serve as a tank gunner in the Korean War. Even in the midst of conflict, Schmeda continued to serve for the Mass whenever possible, even on the tailgate of a jeep.

After his tour ended, Schmeda returned home to his future wife, Louise. Early in their married life, the couple opened a paint store, which left little time for daily Mass. Schmeda said during one Lenten season, he felt a sense of emptiness without participating in the daily Mass, so he and Louise recommitted themselves to attending daily Mass before opening their store. It did not take him long to return to altar serving after noticing that the priest was celebrating the 6 a.m. Mass without the assistance of an altar server.

“I could never see a priest without an altar server,” Schmeda said. “I feel that Mass is more reverent when there is an altar server assisting the priest.”

Now retired in Lake Panasoffkee located in Sumter County, Schmeda continues to serve as a senior altar server at St. Lawrence, with Louise proudly sitting in the front pew.

“I have always enjoyed being an altar server,” Schmeda said. “I like to be close to God, and being at the altar with the priest only enhances that feeling. It is a very spiritual experience for me. I feel blessed.”

“For I am not ashamed of the Gospel. It is the power of God for the salvation of everyone who believes.”
Romans 1:16